André and Corné  are both avid plant collectors and Conservationists and have a passion for Rare , Indigenous and Endemic Plants, Functional Plants such as Heirloom Vegetables, Exotic Plants and Weird and Wonderful Plants.

The Riebeek Valley Garden Centre which is situated in the heart of the Swartland in Riebeek West, stocks all retail plants that are adaptable to our harsh summer conditions and soaking wet winters. The Riebeek Valley is famous for its early Nectarines, Export Grapes  especially Shiraz Grapes for Wine, and its Olive Groves. (Emails:Riebeek Cellars, Allesverloren, Het Vlock Kasteel, Kloovenberg, Olive Boutique, Pulpit Rock).

This is also the Home of the Olive Festival during the first weekend of May of every year.
The Swartland  grows Guava, Pomegranate, Citrus, Oats, Wheat, as well as Canola and,once again, the Lovely Wines.

Other Fruit trees that grow well here are Avocados, Paw-Paws and Mangos.
All of these plants are available at the Nursery

We grow a lot of our own stock which are already then hardened  for our environment and do well in gardens. Other plants we get from selected growers and handpicked suppliers with whom we have wonderful relationships. 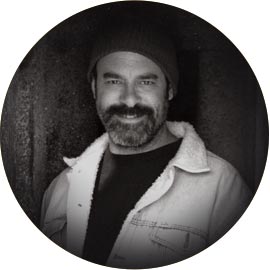 Corne Pretorius started  collecting Orchids from the age of ten,   when he saw his first bedazzled Orchid at a show.   He bought his first Orchid with money he made by selling  eggs,  that his chickens hatched.   He also grew African Violets  to sell at school.   His mother was horrified when moss started to grow on the ceiling.  His love for plants never stopped, and his eagerness to grow more never dwindled.   He is the fourth generation plants man in his family, and his Dad tells stories of his Great Grandmother that had a Cactus tied to the bottom of the Ox wagon on their way into the hinterland. The plant is still growing on a farm in Magoebaskloof.   No one was surprised when he qualified as a Horticulturist in the mid 1990s,  whereupon he started working in the nursery trade.   He Started the Nursery with Joan Colqhoun in 2000 and Andre joined forces 4 years Later, in 2004,   when they met through a mutual friend. 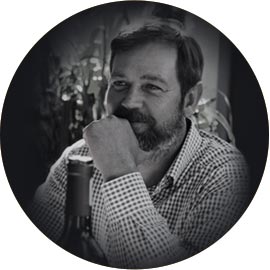 Andre Beaurain grew up in awe of Nature.   At the age of 12 his Hero was Plant Guru, Professor Christo Pienaar.   And seeing him on television, in the late 1970’s, speaking of trees,  using their Latin names,  he immediately knew that this is what he wanted to become. “I wanted to know all the plants in the world by their Latin Names”. Qualified as an Interior Designer he worked for a year in that field, and then went off to work in a Nursery,  to become the Garden Designer he is today.   Working for seven years at Toos van den Berg Nursery,   he concentrated on Landscaping for another 4 years before joining forces with Corne, becoming  partner at the Riebeek Valley Garden Centre.   His amazing sense of balance and harmony (tricks of the Design trade) makes every garden design a true masterpiece in colour, texture and variety.   His motto in life is, “One has to surround yourself with beauty, in order to create beauty.”